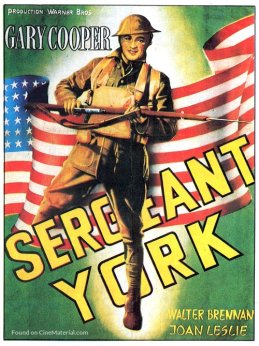 Hyperreal violence plays a role in postmodern American culture. It continues to be the defining moment in each day chronicled and it is glorified in stone in film and television. Fast, clear, and present danger is always under the next shag rug; the grass will kill you; and we better be ready for the imminent, always imminent, rise of the autonomy of things. First our cars will drive us, and then they will drive us off a cliff.

But ocean red, the hue that resonates the blood-shot reflection of a dead solider, will always be the cornerstone of American fascination with War. The Patriotic film demonstrates the hellish torment of battle, with corporeal guts and bones the ultimate sacrifice. This message is simple and meaningful and, when overdone, can be visually stunning and worthwhile as a statement, or just a way for a production studio to run the world a little dryer of #ff0000. But before color ubiquity in media, directors needed to dig a little deeper to represent the horrifics of war and death. Before it becomes unfashionable, the ultimate sacrifice is and was for of Our Lord the Christian God. Gary Cooper as Alvin York, in the titular Sergeant York, answers the call to demonstrate the harsh brutality of what it means to die in the arms of the ethereal. END_OF_DOCUMENT_TOKEN_TO_BE_REPLACED